By jonathan@ninetwo.design September 30, 2019 No Comments 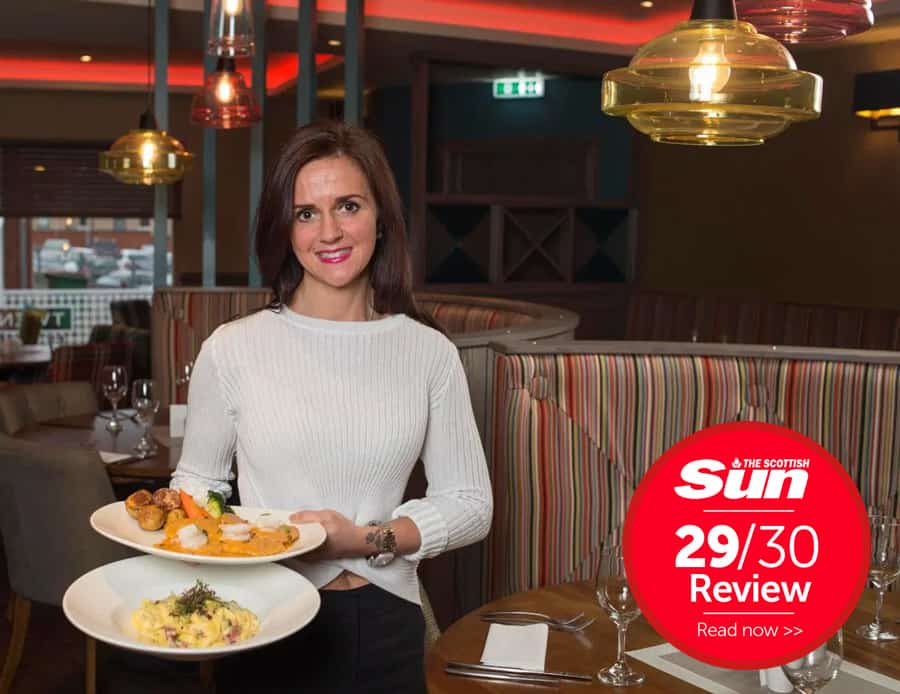 Twenty One in Hamilton will be a roaring success with its decent prices and quality food. Feast your eyes on their sumptuous decor before tucking into ‘heavenly’ food

IF I can start this week’s Scoff The Ball by dusting down an old gag, what about the fella who booked a table for two on Valentine’s Night, only for his wife to ask for a divorce? Turns out she didn’t like snooker…

With apologies to Mrs C, you won’t find me anywhere NEAR a restaurant on February 14. And I also steer well clear of the special set menus on Mothering Sunday, Father’s Day, etc, etc.

The restaurants are invariably mobbed with the hard-working staff under more pressure than the guys in the engine room of the Titanic seconds before it scudded into the iceberg. Nah, it’s just not worth the hassle and I much prefer a nice quiet place for a bite to eat. But I’d be interested to hear your take, folks, on a restaurant that’s totally empty. I’m guessing many of you would think: “I’m not going in there — it must be rotten.” But I always take the glass half-full approach and think: “Great — they’re only cooking for us.”

If you recall, that’s what happened a few weeks ago at The Brander Lodge Hotel in the village of Taynuilt, near Oban. As I wrote at the time, it was quieter than Kevin Spacey’s 2018 diary. But, with only me and my mate Billy to worry about, the chef played a blinder and our lunch was fabulous.

I’m pleased to report it was a similar story a couple of weeks ago when Dougie, Morag and I popped into a new Italian restaurant in Hamilton called Twenty One. Yep, for the entire evening, the three of us had the place to ourselves. We immediately realised what Donald Trump’s brain cells must feel like.

Tell you what, though, with no other punters to block the view, it certainly allowed us to marvel at the stunning interior. Not sure if this is a first in Scoff The Ball’s four-year history, but I’m awarding a bonus point (6/5) for the decor.

On the way in, I genuinely thought about taking my shoes off. Morag was also well impressed by the ladies’ loo (spotlessly clean with a good hand-dryer, paper towels and an array of lotions and potions).

“But I couldn’t give it a really close examination,” she joked, “as, just like the night I met Dougie, I didn’t have my glasses on…” You’ll find Twenty One at 21 Campbell Street in Hamilton. The official address is actually 17-21 Campbell Street, but calling it Seventeen To Twenty One would have been a tad silly. Perfect. Far too often, the menu at an Italian restaurant resembles a karaoke songbook and takes about three weeks to read. We perused our options while nibbling on excellent crusty bread that had been freshly baked on the premises. Very impressive — particularly on a bleak mid-January evening when we’d have accepted a pan loaf from the nearest supermarket.

I started with a half-portion of the homemade tortellini which I scribbled down in my notebook as “VVVG”. The little pasta rings were perfectly cooked and the sauce — smoked pancetta, mushrooms, fresh peas and cream — was amazing. I think I made it even better, though, by requesting a wee sprinkling of fresh chilli.

Dougie and Morag both plumped for the minestrone soup (when in Rome). Morag was still seething at being charged £7 for a bowl of lentil soup in Glasgow city centre a week or so earlier — particularly as she’s convinced it was straight out of a packet. But this £4.95 homemade Italian broth put a smile back on her face, although she did insist it required a touch more seasoning. Dougie was just relieved there was no pasta in the minestrone as (and I’m with him on this one) it’s too filling before your main course.

Next up, Morag ordered the paupiettes of plaice. And nope, I’ve no idea what paupiettes means either. (Memo to Tony and Jennifer: please remember you’re in Hamilton!) Nah, the rolled and stuffed fillet of fish (thanks, Google) had been cooked with mushrooms, cracked black pepper and a brandy and cream reduction and, while Morag insists the plaice could definitely have been a wee touch warmer, she thought it tasted “heavenly”. Dougie’s 8oz fillet steak was a cracker and Twenty One’s butcher definitely deserves a namecheck on the menu. It was served with proper homemade chips, mushroom, tomato and top-notch onion rings.

At £25.95, however, it would have been nice if the peppercorn sauce (an additional £1.95) had been included as part of the deal. Pick of the bunch? Well, I think I just shaded it. I had escalopes of veal with sautéed prawns, shallots and a tomato and cream sauce. The veal (three chunky little fillets) was superb and it worked a treat with the prawns (a combo I’d never tried before).

Oh, and before I forget, make sure you order a side dish of Twenty One’s cauliflower mornay. It was SENSATIONAL. If all veg was coated in a deliciously thick, cheesy sauce, I think I could easily manage my five-a-day.

Totally stuffed after two courses (the unforgettable bread also takes some of the blame), we settled for coffees while I paid the £110 bill. Very decent, I thought, for this quality of food with a good splash of wine in such sumptuous surroundings. 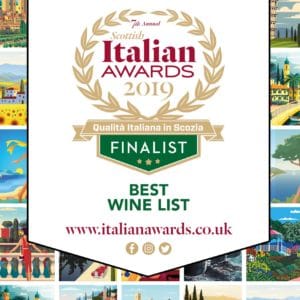 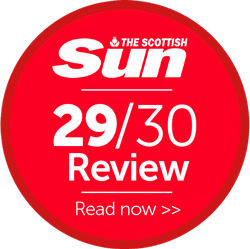 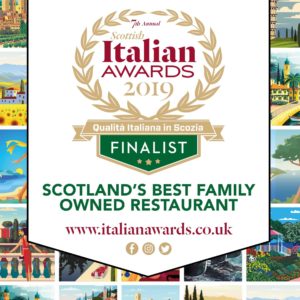